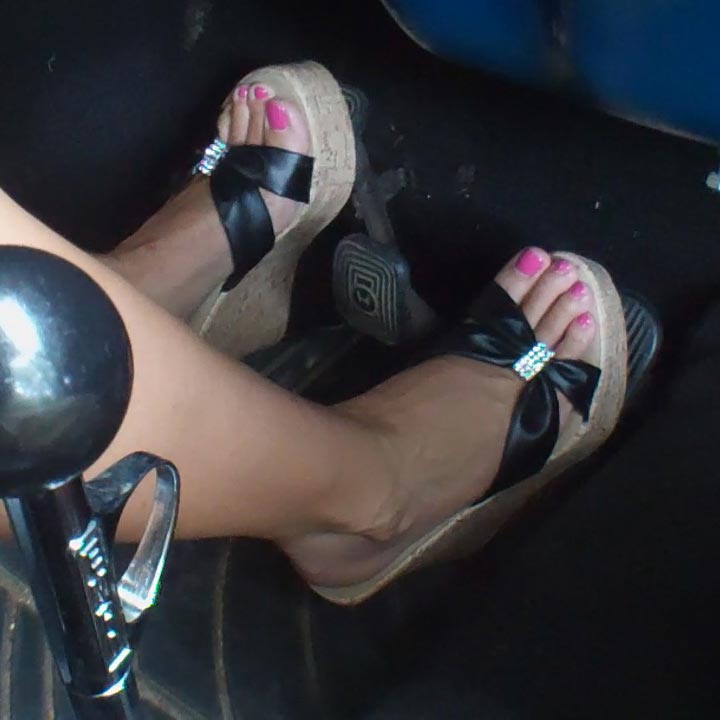 She’s goin to town in the old Bug!  Them wedge sandals are pumping that gas like crazy!  She spends the first part of the video cranking the Bug and when she gets it started, she revs it a bit and then tries driving off but the engine conks out before she leaves the driveway.  She then gets back to the hard starting where she manages to get it running but instead of driving off, she revs it up nice and good!