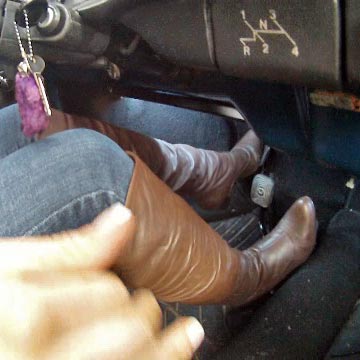 Tinsley walks to the old ’72 Super Beetle, gets in and cranks it for a while before it fires up. She’s wearing brown leather knee high boots over some tight jeans and a brown sweater.
“Come on.” she softly mumbles after it doesn’t start the 3rd time. She keeps cranking it till it finally fires up and she revs it a little to clear it out then backs up into the road and drives around for a while.