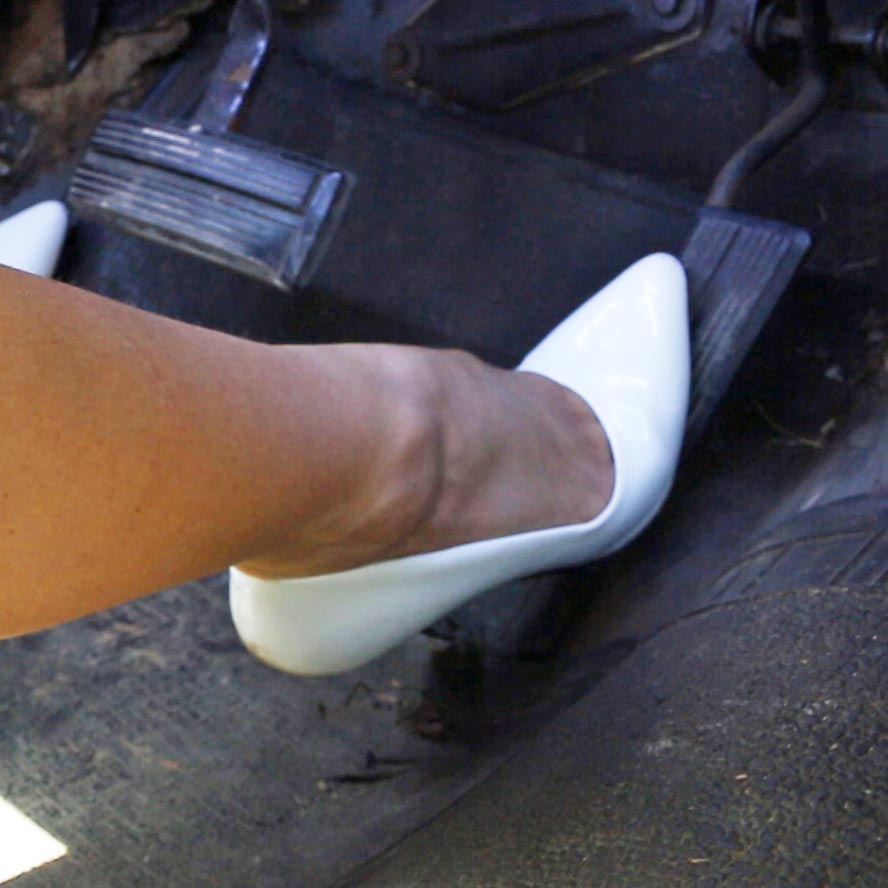 Some scenes from doing custom #878 in the old ’74 Coronet with Vassanta. She’s wearing a sexy black dress and these shiny white stiletto pumps. There is a quick, :30 clip of her firing up the Renault before the video cuts to her driving the Coronet. She’s on the back roads in this big car and while the speedo shows she’s doing 80+mph, she’s pretty sure she’s not going that fast on these narrow winding roads.