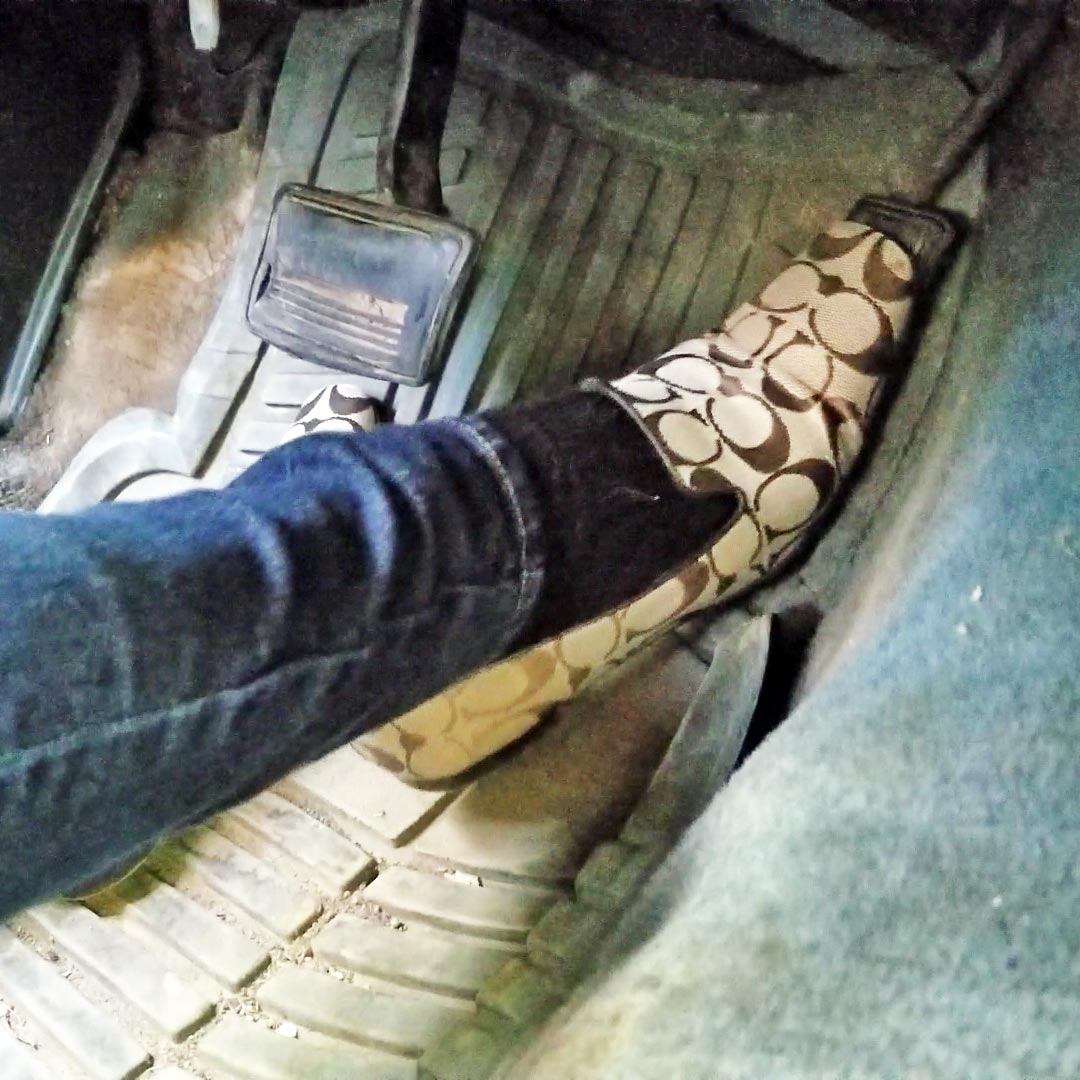 Shit! Her car broke down on her and she had to pull over on the side of the road. She’s let it sit for a few minutes to cool off since it might of overheated? She tries to start the car again but it’s still not starting up. She pumps the gas pedal to the floor and keeps trying until the car finally starts up. Ok, sounds good. Maybe she’s out of the woods. She puts the car in gear and squeezes on the throttle but the car bucks, kicks and lurches like it’s trying to go but stalls out.

“What the hell was that?!” she says, frustrated and now more desperate to get her car started. She begs the car to start for her as she quickly pumps the gas pedal over and over to get the car started. A few cars pass by but no one stops to help. She’s getting more nervous and starts pumps the gas pedal fast with her entire leg. She begs it to start for her and almost as if it’s listening, it sputters and roars to life. She revs it hard and quickly puts it into drive before it has a chance to stall and floors the gas. Rocks and dirt get kicked up into the wheel wells as she peels out and once her tires hit the pavement, they chirp a little and the car takes off.