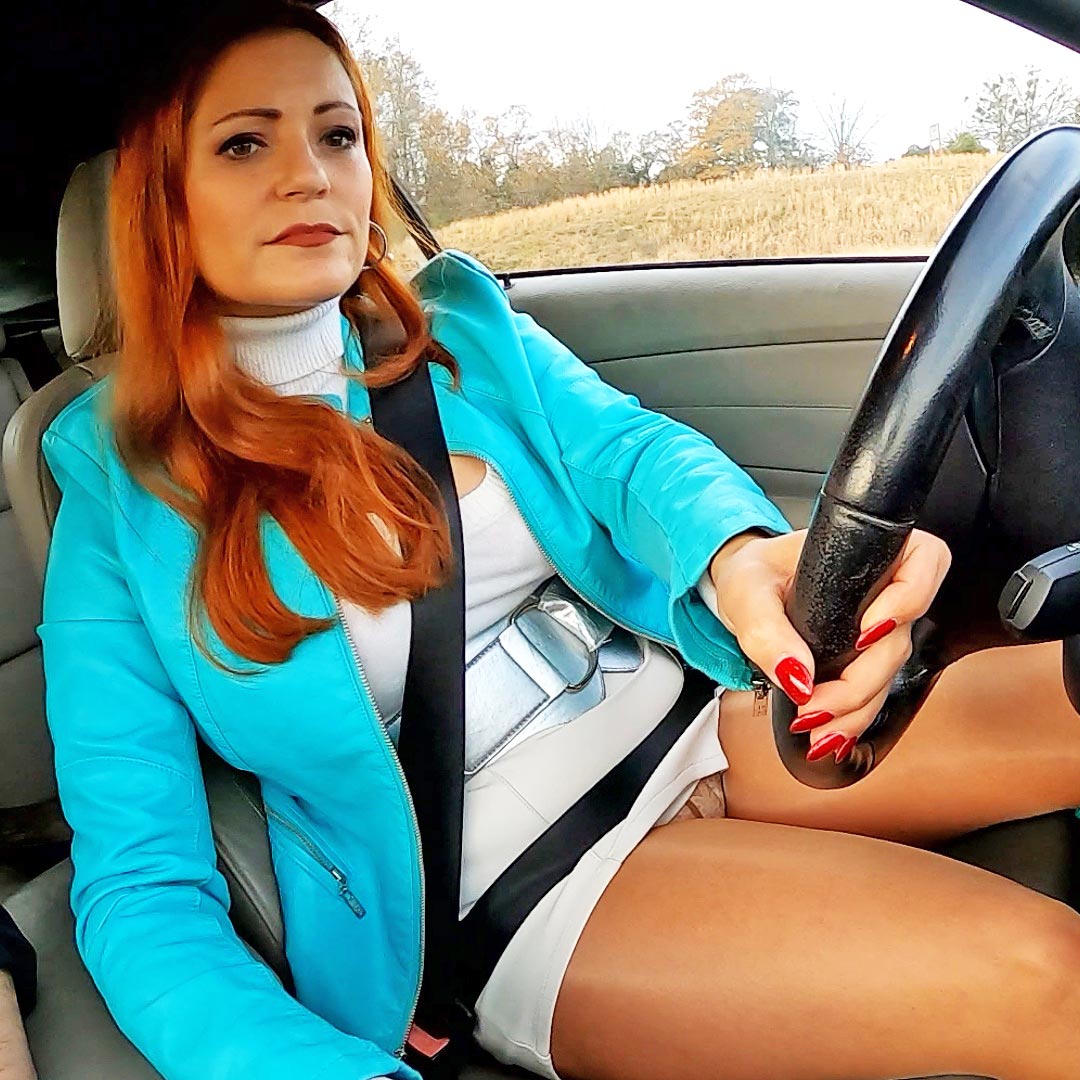 This finishes out this series of Vivian in the little BMW. We’re heading back home after looking at that old car for sale. Filmed from the passenger side camera I’m holding, she drives and revs the car in those sexy pantyhose, miniskirt and leather stiletto boots.