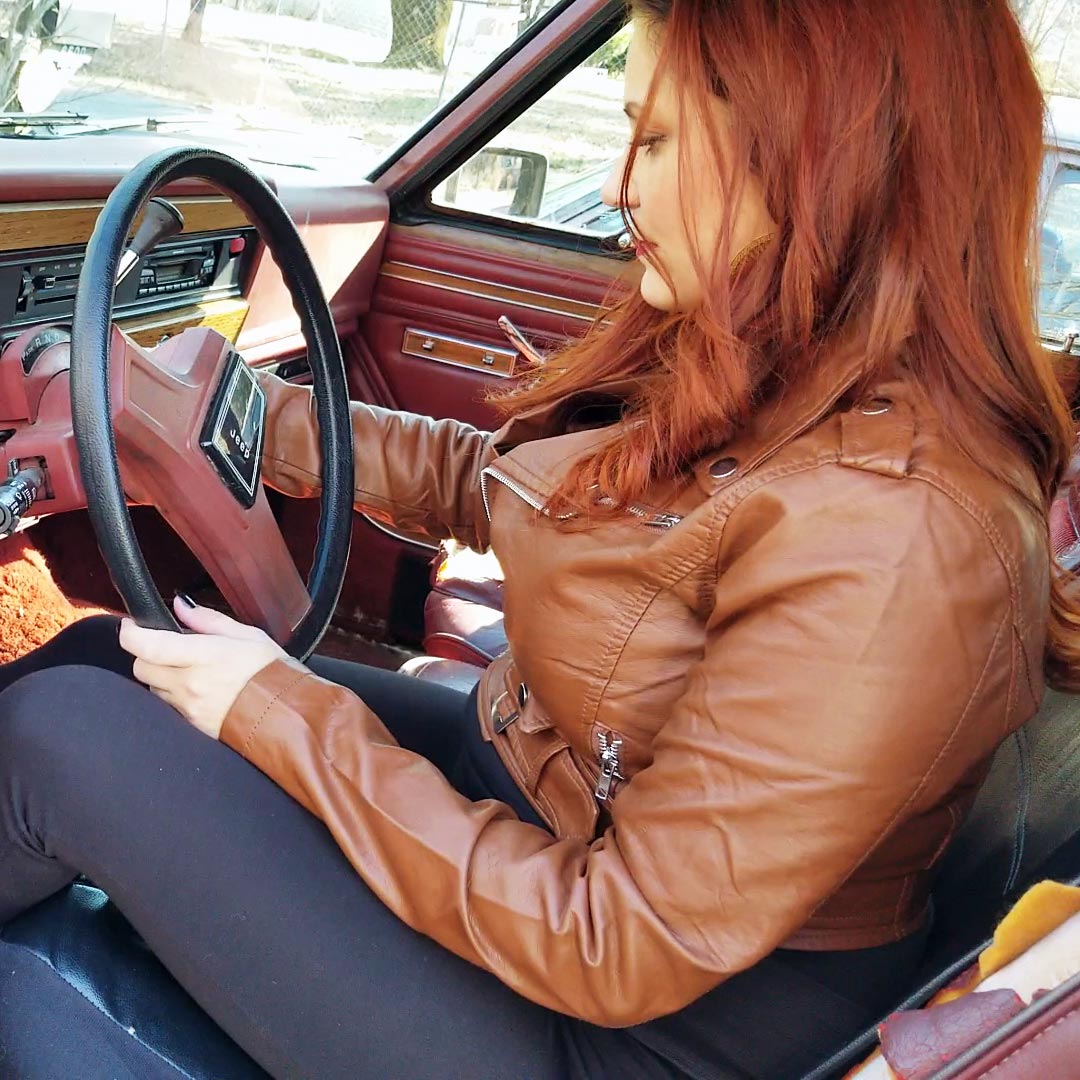 Vivian does a round of cold starts in the Jeep & Camaro. The video starts out with her revving then driving the Monte Carlo a short distance. She’s wearing a brown leather jacket, black leggings and shiny brown leather cowgirl boots.