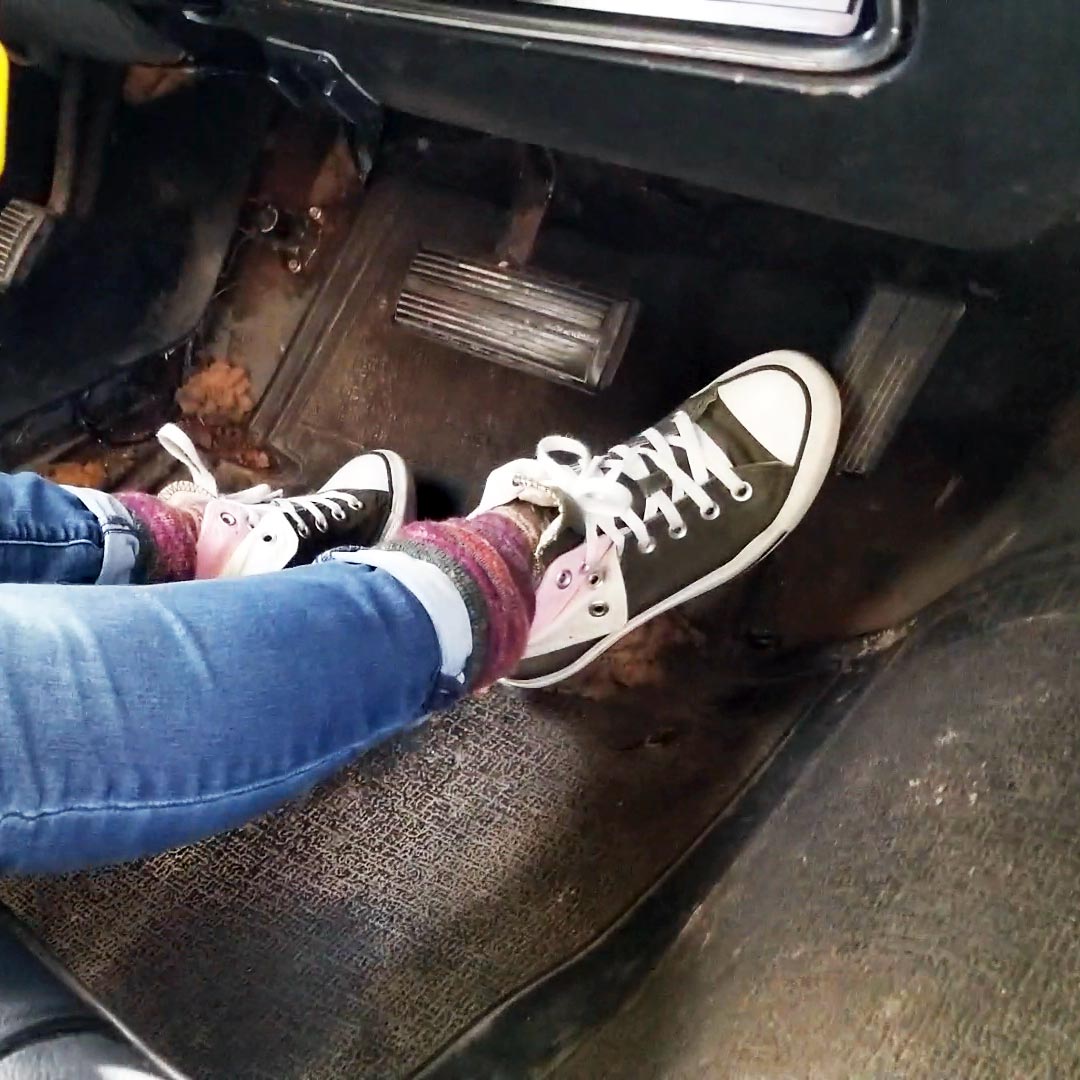 It’s mid-morning and time to do the PTP shuffle! The starts up the old Volvo first pretty easily and revs it just a bit. She then hops in the Cadillac and gets that old beast started, drives down the road and cranks up the old Coronet and drives it back to the house.

One thought on “Vivian Starting Up Cars in Green Converse Sneakers”