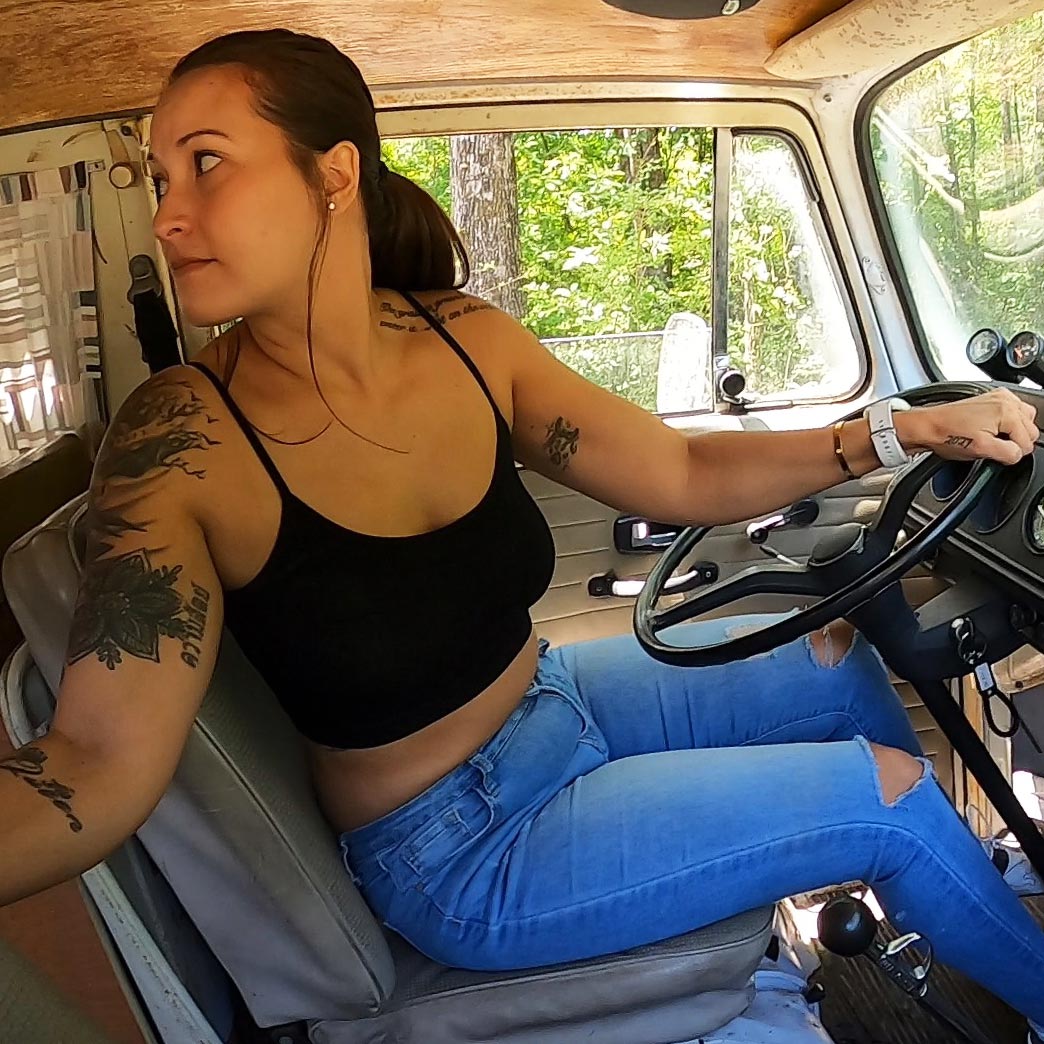 Jane Domino Still Stuck in the Bus After Custom 1263

So, I guess you could say this is a little mini-series that starts at the end of filming custom #1263, which was a cranking video in the old bus. So the custom ends with her driving away after getting the bus started but that’s not the end of the story. Last June, I posted what really happened after the custom fades out. You can see that update here of her trying to get the bus unstuck in her knee high hiking boots.

Fast forward to this update; which is after Jane’s failed attempt to get the bus unstuck once — so she changed into another outfit and is giving it another go. She’s wearing a tank top, jeans and a pair of Puma sneakers. It’s not looking too good as that front wheel is sinking further into the soft ground and the rear wheels can’t get enough traction.