1356 – Persephone Cranking the Volvo in Vans to Take Vivian Bowling 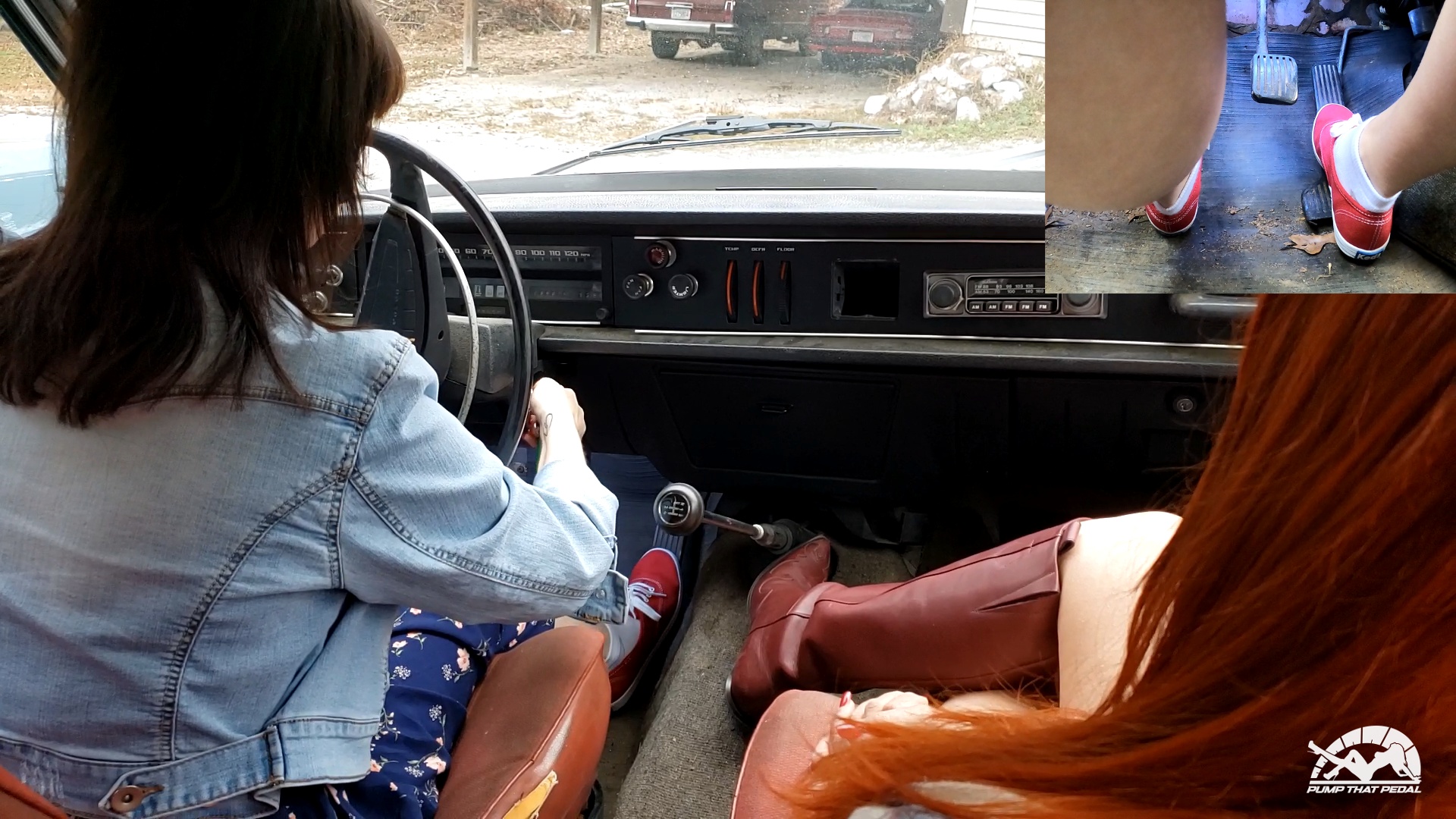 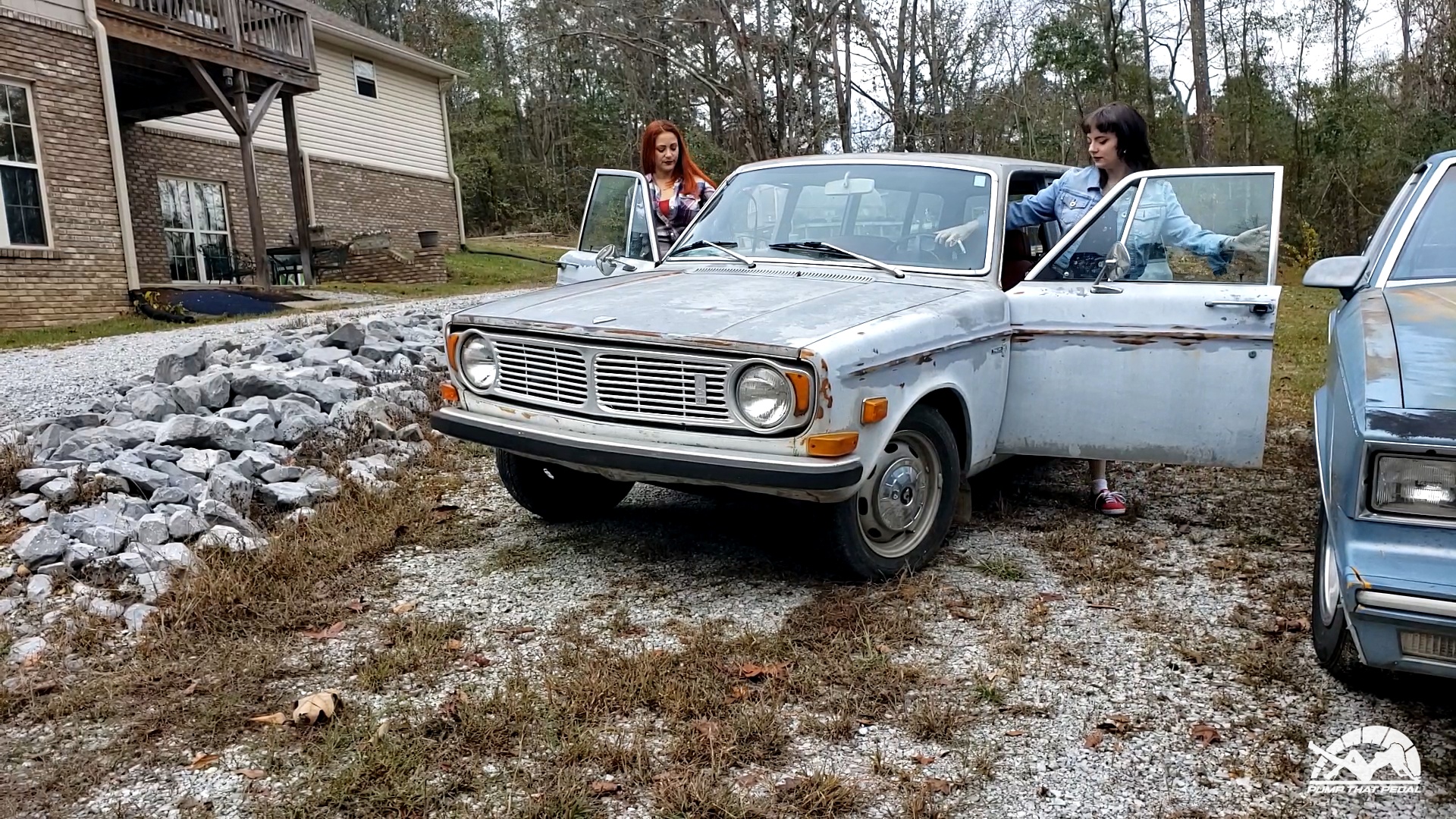 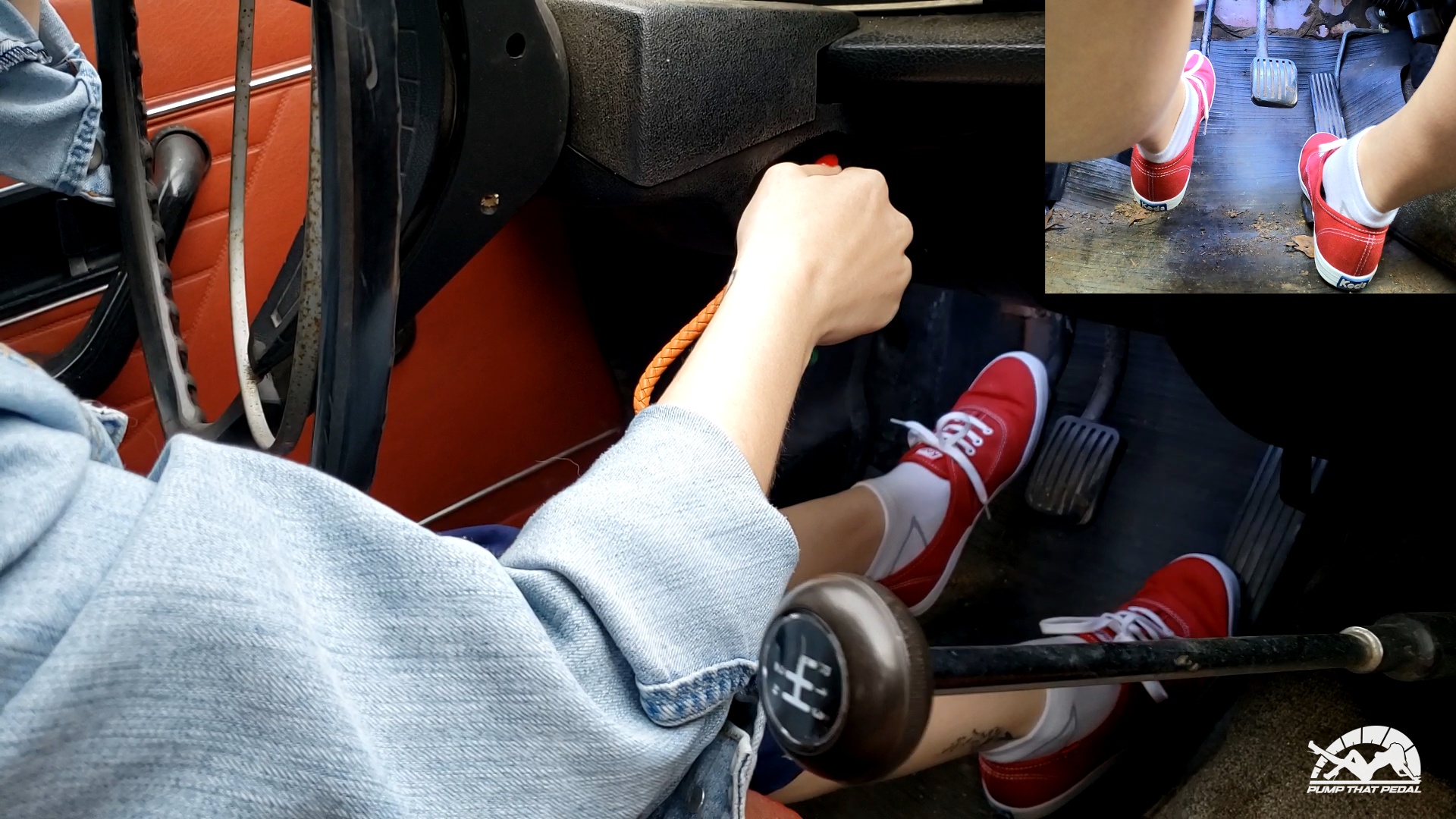 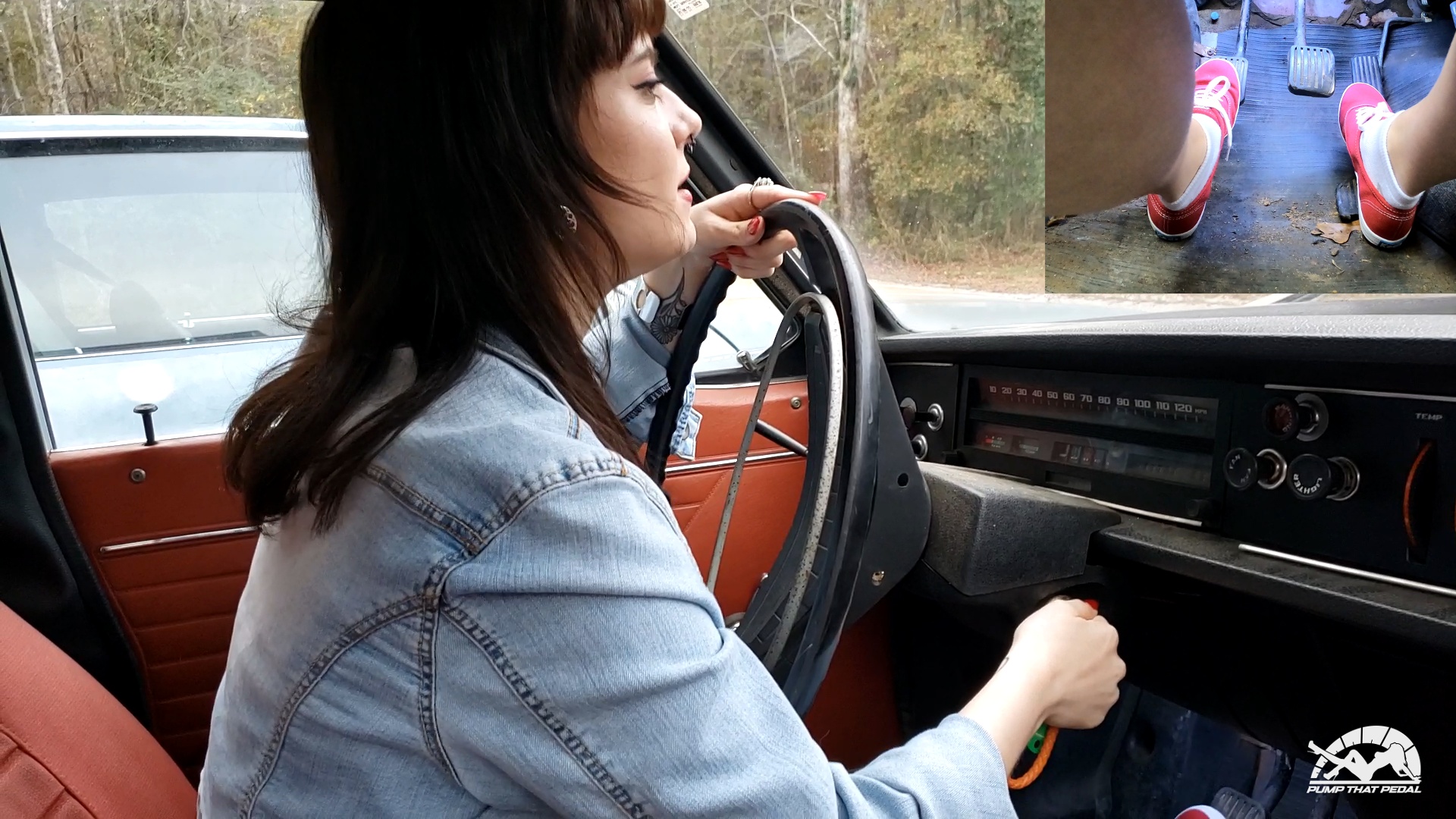 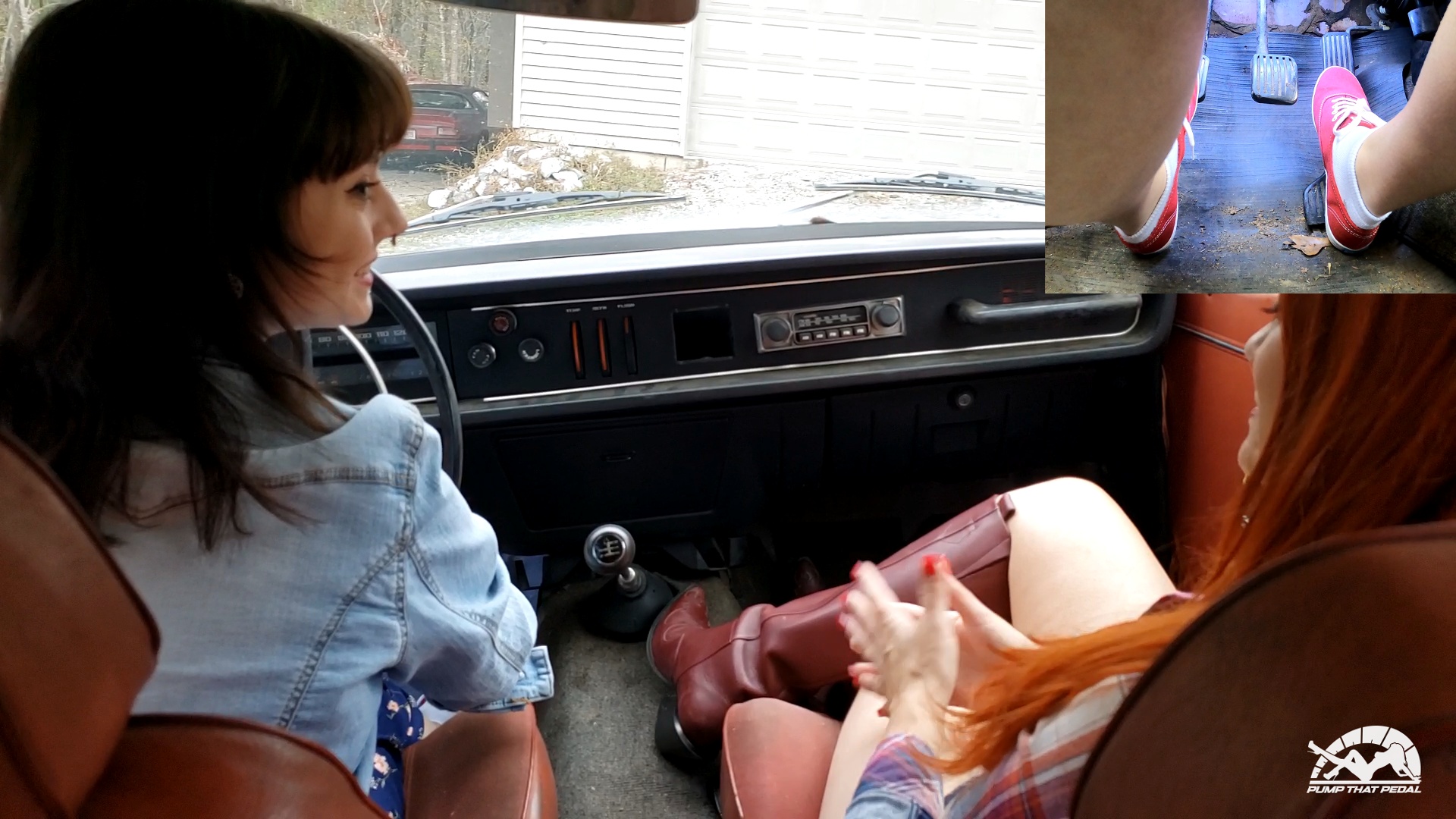 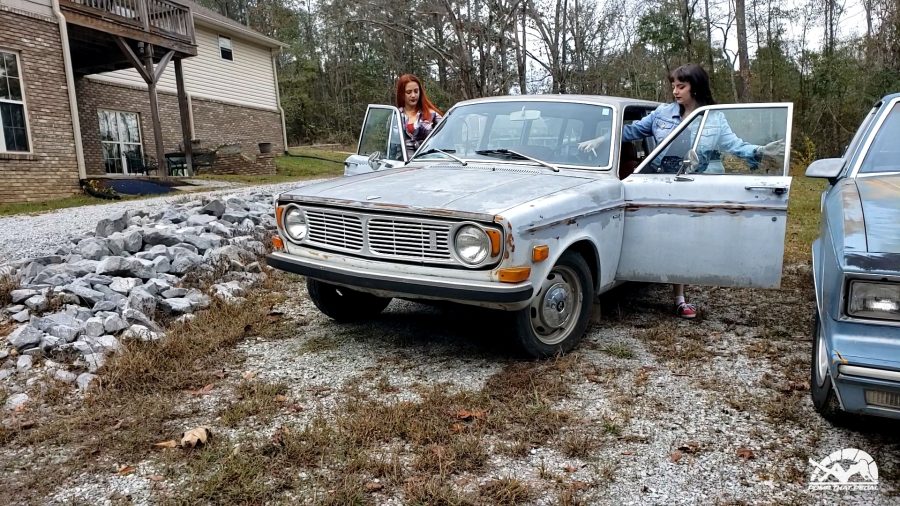 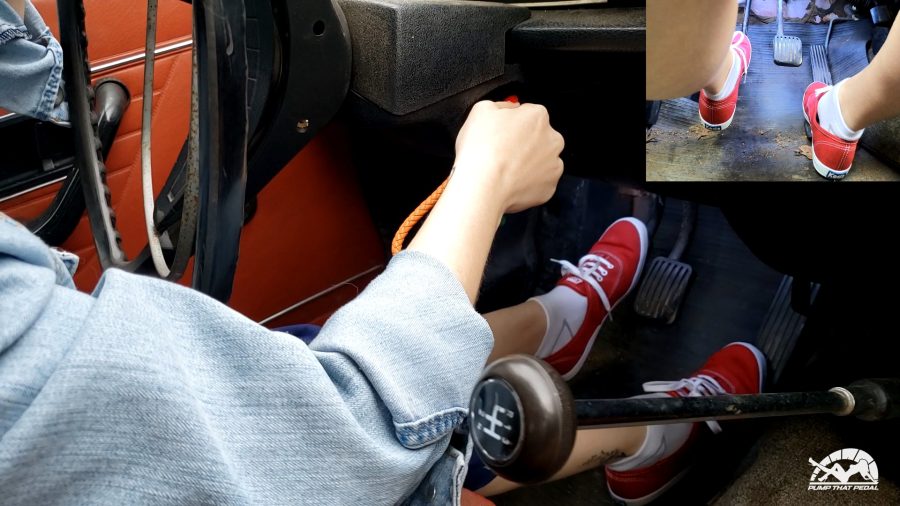 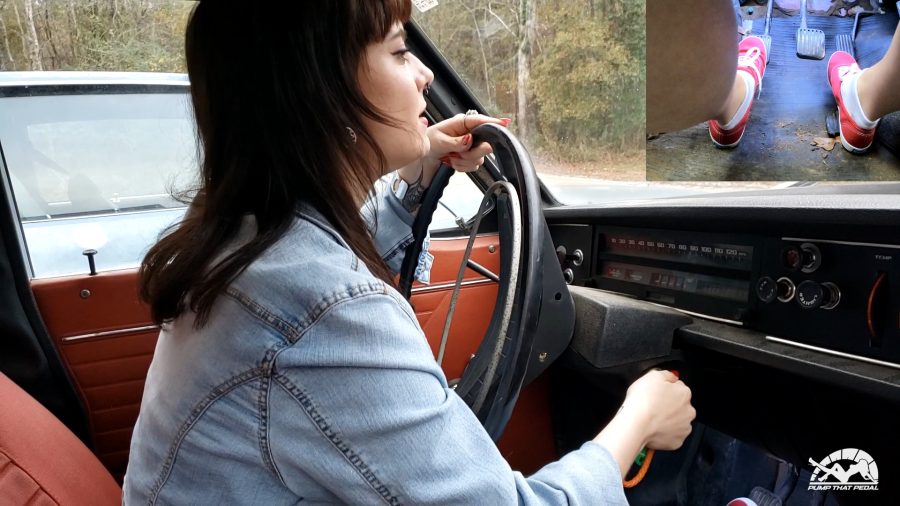 Outfit & Shoes
If it is warm enough, I would like her and her step daughter to wear the following

If it is too cold for that, have Vivian wear the long sleeve plaid shirt, shorts, and boots that she is wearing it that picture of her with the jeep.
Have her step daughter wear a knee length dress with a denim jacket on top, and these shoes (https://www.flickr.com/photos/fantaproductions/13428872045/in/album-72157635586899304/)

Scenario
Vivian and her step daughter are going bowling together and her step daughter is eager to drive over there. They both get into the Volvo with a wide shot of them both walking over to it and getting in. Once they are in, the step daughter (if she is allowed to do any of the cranking and driving says “Alright Volvo, Mom and I would like to go bowling today, so please start for us”). Have an upper body shot of her as she says that and a lower body shot of her feet during the first two cranking attempts. Have an upper body shot of her while she says “Oops, let me try this again”. After this, have some back seat views of the both of them while the step daughter is pleading and coaxing with the Volvo to start and Vivian gives her instructions. In the middle of this session, have and upper body shot of the step daughter while she says “I would really like you to start for us, we don’t want to be tired before we get there”.
The car never starts, it comes close but she is just not able to get it going. The PiP view should be underneath the drivers seat, with the same view that was used in custom #1292.